Working together against Trafficking in Person 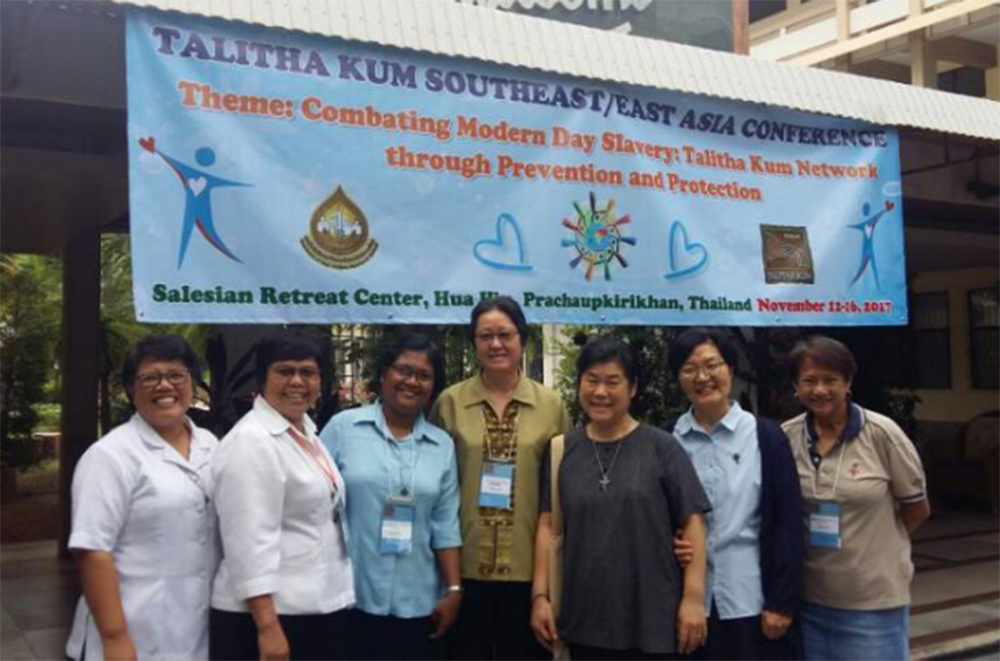 Two years ago, the two regions of South East and East Asia network combined to meet at the end of 2015 in Vietnam.  In this conference the network was strengthened with a renewed commitment to empower more advocates against trafficking in persons, especially members of religious congregations and lay persons, to respond to the challenge to end trafficking.

The combined network is a combination of sending and receiving countries and thus all the countries who attended were able to learn of the resources for rescued victims and programs for repatriation and reintegration.

The conference in Hua Hin, Thailand took place from the 13th to 15th November with participation from 11 countries.  The main objective was to continue and strengthen the network as there were many who were attending the conference for the first time.  It was heartening to note that the various congregations in Thailand were taking the time to build capacity within their congregations to address the challenges faced by advocates working on anti trafficking issues.

In this meeting the Good Shepherd Congregation was represented by five countries comprising six sisters and one lay person.  See photo above.

There were opportunities for Good Shepherd to connect with other congregations where we did not have a geographical reach and to learn what each were doing in areas of prevention and protection.

As we listened to the country reports we were made aware of what each country could offer to the others in terms of their experiences and resources to be shared.  There was a richness of sharing amongst the participants and there were also exposure visits to migrant works managed by other congregations in Hua Hin, Thailand.

The conference ended with a handover of the secretariat from Talitha Kum, Thailand to Talitha Kum, Indonesia.

This article also appeared in http://www.goodshepherd-asiapacific.org.au/project/256