Visit from the US Embassy

The KL Women’s Shelter played host to the US Ambassador-at Large to Monitor and Combat Trafficking in Persons, John Cotton Richmond, for a learning visit and interactive exchange of ideas and sharing of problems/issues on human trafficking.

He was accompanied by :

There was a myriad of opinions and ideas going back and forth. All present learnt much from each other, and discovered similar problems were encountered notwithstanding the different circumstances in each country.

For example, gaining the trust of victims was not easy, exacerbated by the frustrations arising from the language barrier, especially in this region where victims are from various different countries and ethnicities, languages and dialects. 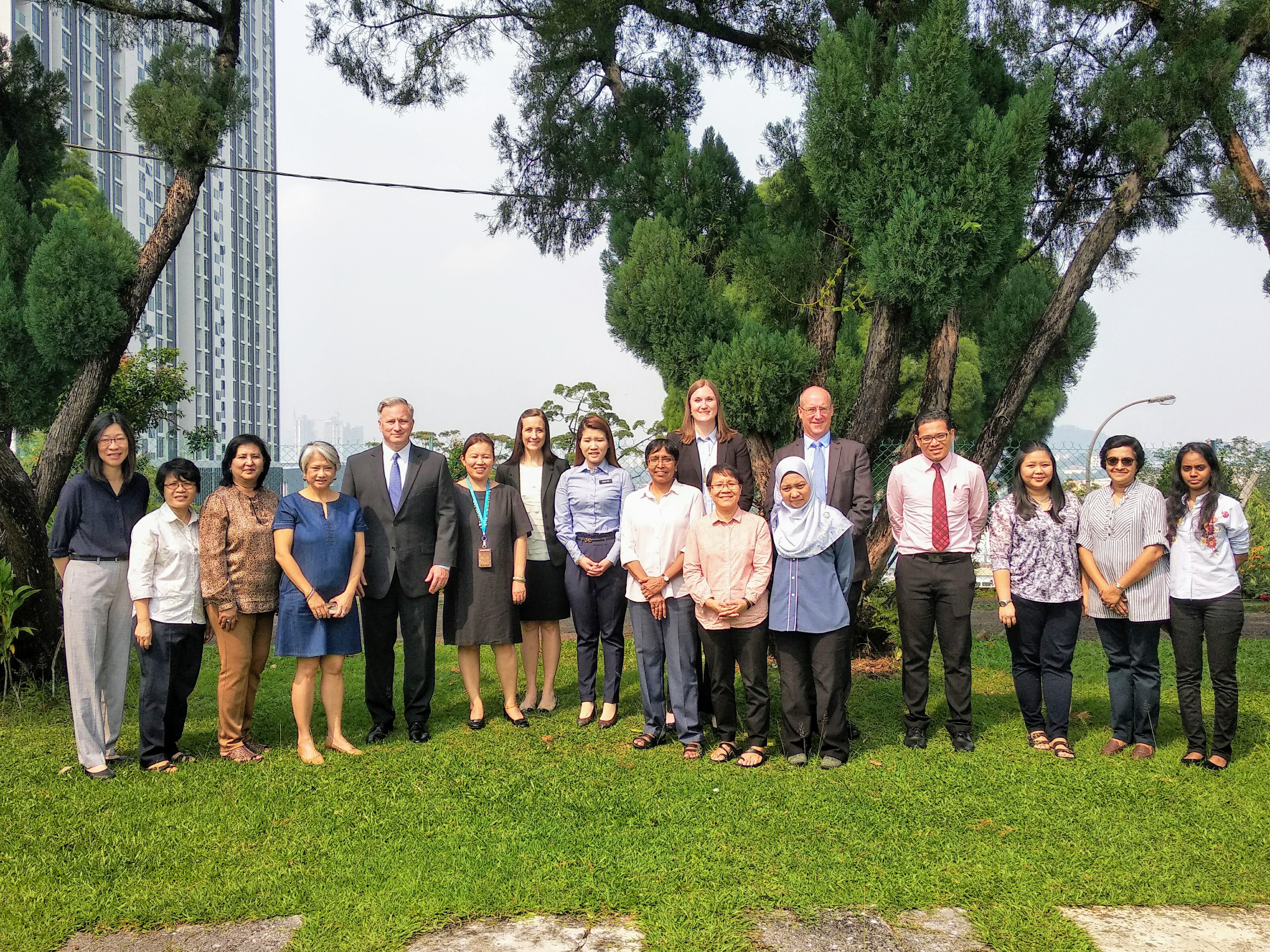 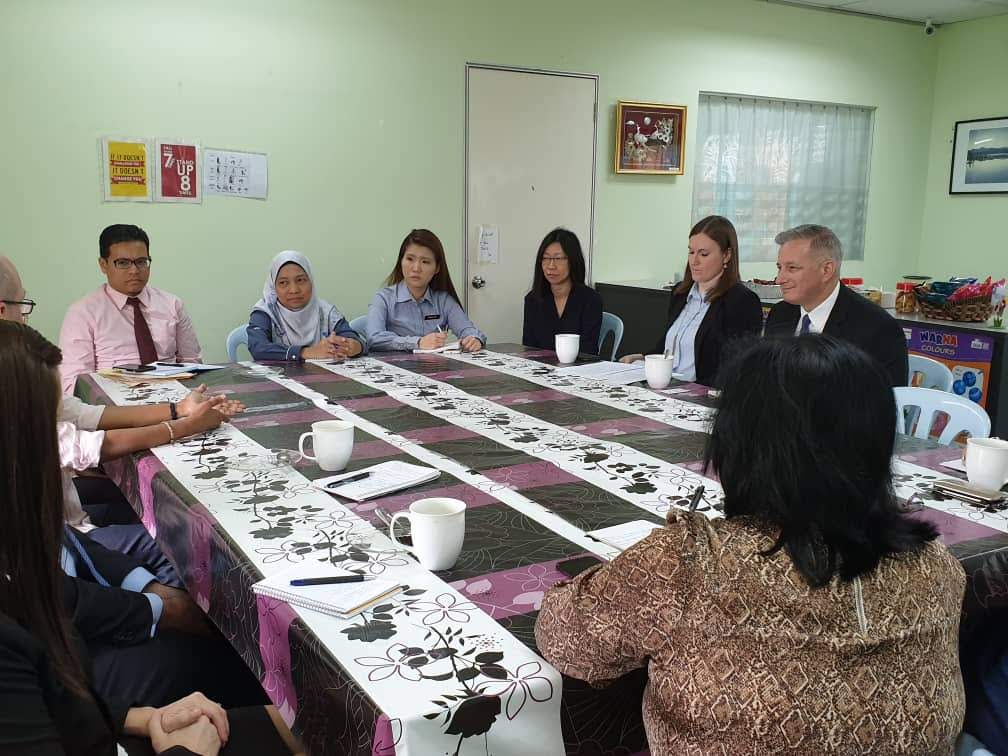 Ambassador Richmond had some interesting advice. To overcome the language barrier, he suggested to reach out to foreign students in the universities to be trained as translators. He also mooted the idea of establishing a community of survivors – who get together to engage with the government, not to speak of their past lives, but more in an advisory capacity based on their experiences.

Victims Assistance Specialists (VAS) – a similar system already established in the US. Malaysia’s pilot project just started in March 2019 and has received positive feedback from the AGC, Immigration and other government departments, even though it had a slow start initially. Following on this, we are now looking at ways to improve and make it a more permanent structure, eg. for each state to have its own VAS unit.

In summary, the most important points to collectively address the issue of trafficking in persons :

Doing 1.2.3 above on repeat mode. The basic order of operations. This should be the narrative.

The meeting concluded with a guided tour of the shelter premises, which left them suitably impressed. It was indeed a mutually fruitful visit for all concerned.