Good Shepherd participation in this Caritas Asia event included not only the participants, but also organizing the 'Sound of Power' campaign and hosting dinners and breakfasts for participants at the restaurant which they operate as part of their social microenterprise project to generate funds for their ministry in Nongkhai 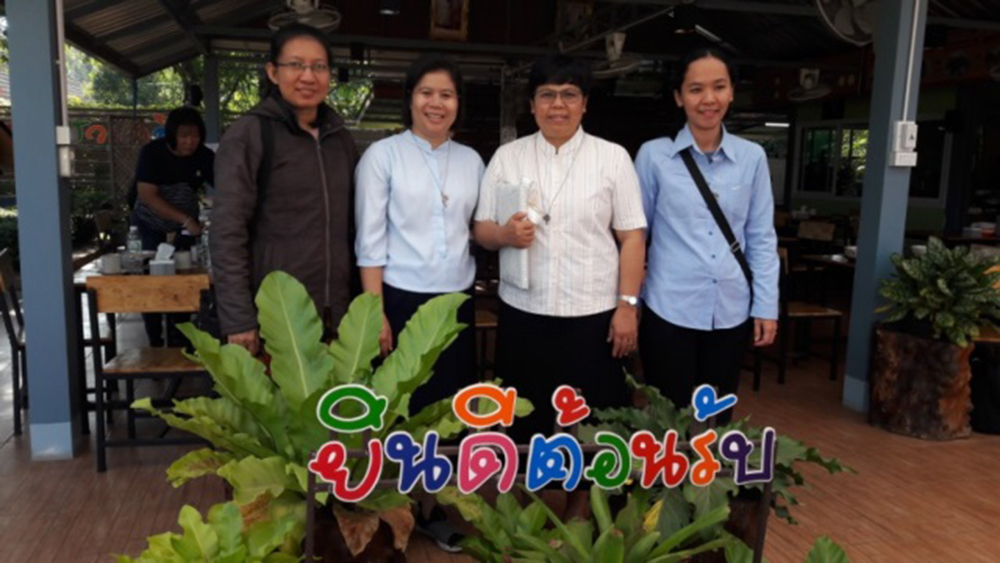 Global Shepherds Berhad (GSB)* was invited to participate in Caritas Asia’s “Asia Regional Exposure Visit and National Campaign” under its Safe Migration and Anti-Human Trafficking Program in Nongkhai, Thailand on 29th and 30th November 2018. A total of 24 participants from Caritas agencies from various countries, including 2 participants representing Good Shepherd Indonesia and GSB, attended the programme. Caritas Thailand and Caritas Vietnam were represented by participants who are Sisters from Good Shepherd Thailand and Vietnam respectively.

* Global Shepherds Berhad is a non-profit organisation in Malaysia that was formed by the sisters in Malaysia to manage the Mission that reaches out to migrants, asylum seekers and refugees in the country. 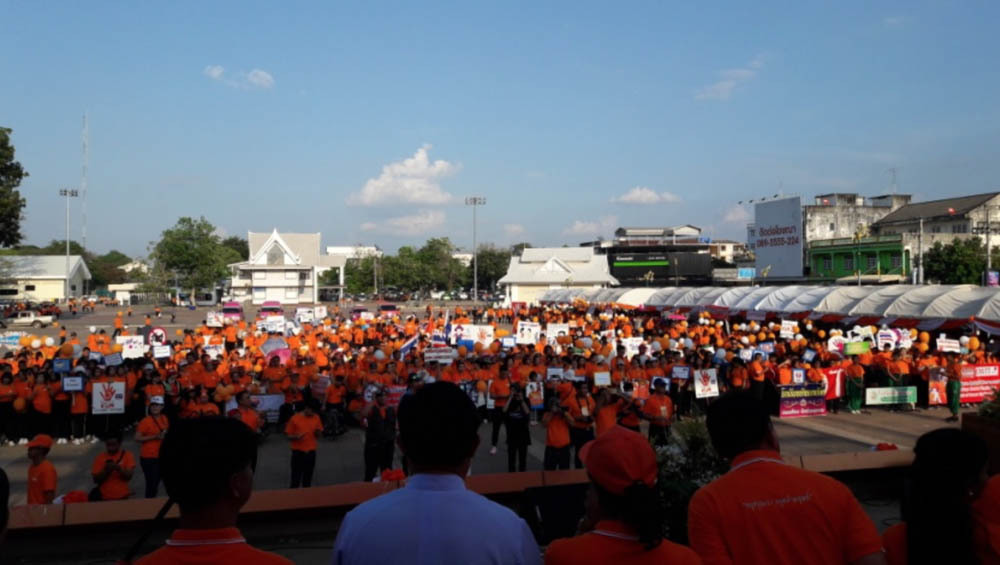 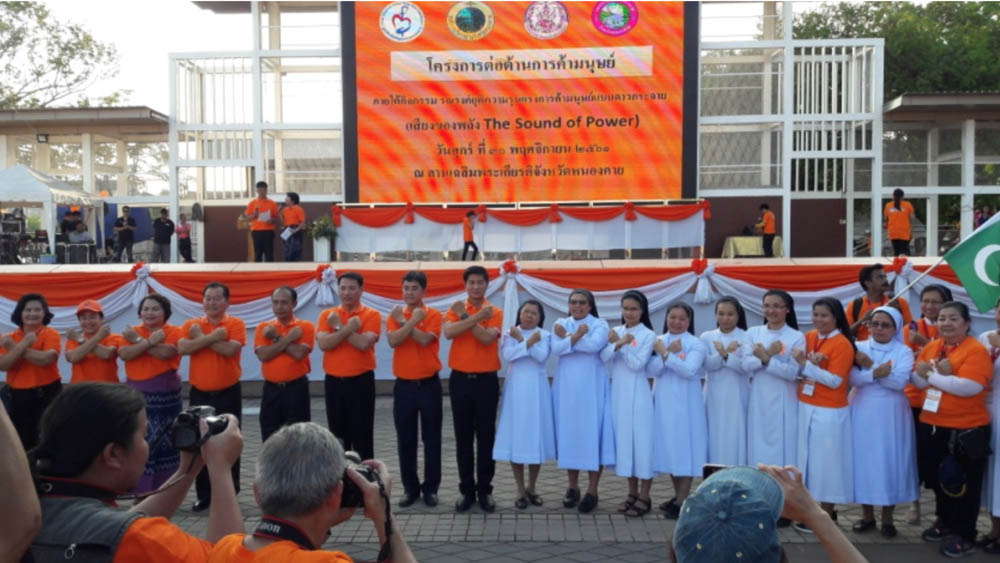 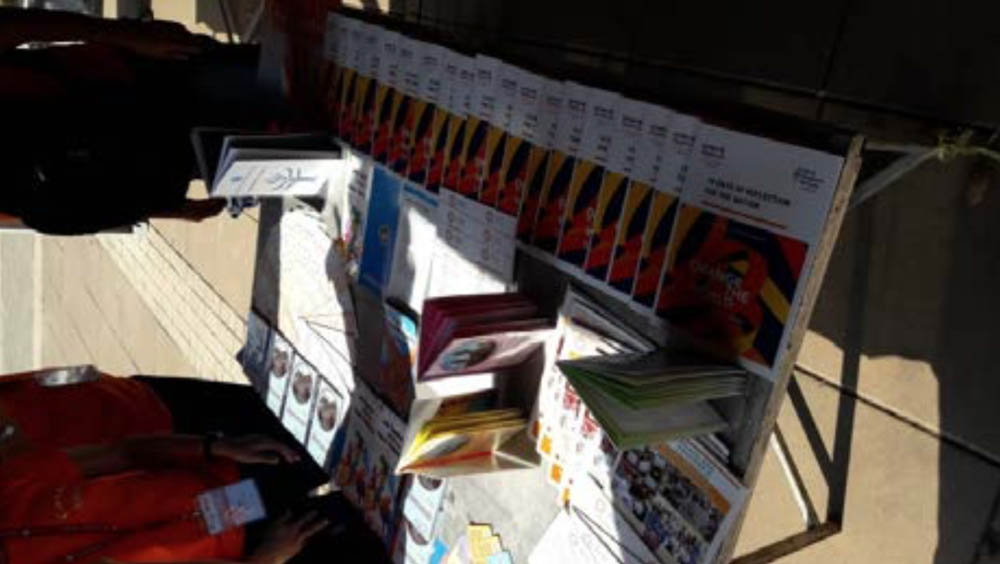 The main feature of the program was the “Sound of Power” campaign in Nongkhai, which was organised by the Good Shepherd Sisters, Nongkhai. Students from several schools as well as NGOs in the province participated in the campaign which started off with a walk rally from five different points, converging at the provincial central park, where the event was then officially launched by the Provincial Governor of Nongkhai province. Sister Sutisa from Nongkhai, who was the lead organiser for this event, gave her welcoming speech and addressed the issue of violence against women and girls, calling for all to take action to stop the violence. It was reported that the event was attended by almost 2,000 people. It also received media coverage in the local news. 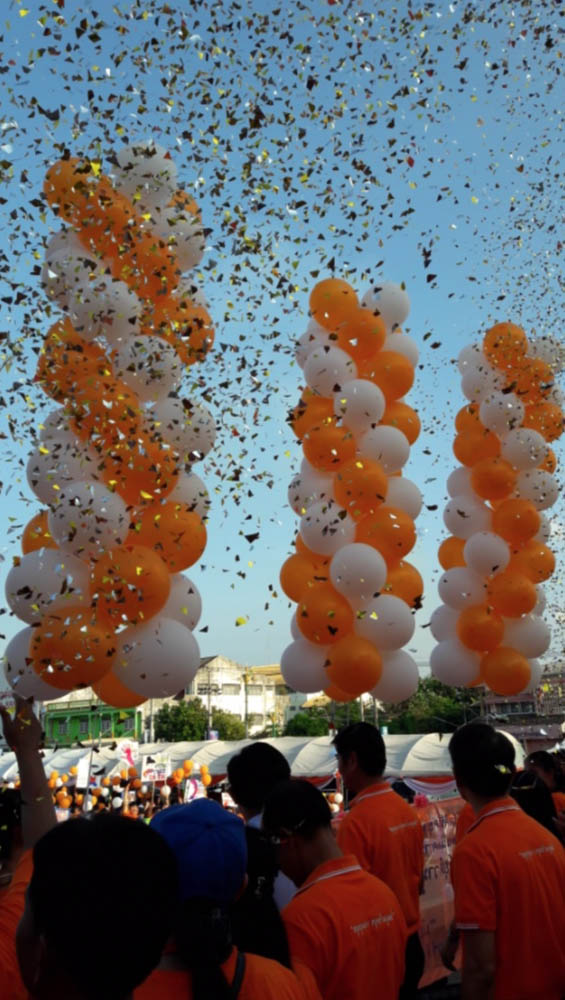 The Good Shepherd Sisters in Nongkhai graced the Caritas Asia’s participants with their warm and generous hospitality by hosting dinners and breakfast at their restaurant which they operate as part of their social microenterprise project to generate funds for their ministry in Nongkhai. The highlight was the Group Dinner on the first night, which saw many participants dressed in their traditional attire, and the presentation by some Caritas participants to showcase their traditional song/dance. All the participants were bowled over by the delicious spread which was prepared with love by the cooks and served by the staff with such hospitality. The meals at the Good Shepherd Sister’s restaurant can give the other restaurants a run for their money.

Overall, the Caritas Asia programme was a wonderful platform for learning and for building relationships. It was a great opportunity for GSB to strengthen its networking with Caritas Asia, as well as to touch base with the Good Shepherd counterparts in Nongkhai, Indonesia and Vietnam.