Sabah is a state in Malaysia and located in the north of Borneo. It is home to a diverse population of people mostly indigenous to the region. It is also home to a large population of migrants from Indonesia and the Philippines who have been traversing the borders of the country for many decades due to its physical proximity as well as cultural similarities of its people to Sabahans. The migrant population are mostly undocumented and can be found in both the urban and rural landscape of Sabah.

During the Covid19 pandemic, Sabah was subject to multiple full lockdowns also known as the Movement Control Order (MCO) in Malaysia. Recoveries from the MCO were short-lived due to clusters of covid19 outbreaks in and around several areas.

Many programmes and activities were delayed and Global Shepherds’ were no exception. Global Shepherds had started a partnership with UNICEF Malaysia under the cross-regional European Union-UNICEF Protecting children affected by migration in Southeast, South, and Central Asia project[1] in February 2020 in the interior of Sabah known as Keningau. The project objective is to Strengthen Community-based Protection Mechanisms for migrant children in 6 community learning centres in the Keningau district. Despite the lockdowns there were opportunities to meet up with the learning centres using devices online and face-to-face interactions in between full MCO.

Thus, there were two learning centres who took on the challenge of celebrating the International Women’s Day so that they did not lose the opportunity to reach out to the children with the messages that are so relevant to all women and girls – ““Women in Leadership: Achieving Equal Future in Covid 19 World”

The main event on the second day was organized by the ALC Hope child advocate group, known as the Youth of HOPE. The Youth of HOPE group is a result of the UNICEF sponsored project where children learn leadership and the meaning of a community-based protection for children. The group is made up of mainly children who had undergone the Keeping Me Safe programme run by Global Shepherds. As in most significant celebration, there were two days of events, 6th and 7th March 2021.

[1] Protecting children affected by migration in Southeast, South, and Central Asia - a project, implemented by UNICEF and Global Shepherds Berhad, and co-funded by the European Union and UNICEF.

The first day was a pre-launch of the IWD at the venue of the CLC Luhur Biah. The main participants were female teachers who were introduced to the purpose for the IWD celebration and to give recognition to their leadership and sacrifices for the children in the community, especially during the Covid 19 MCO. 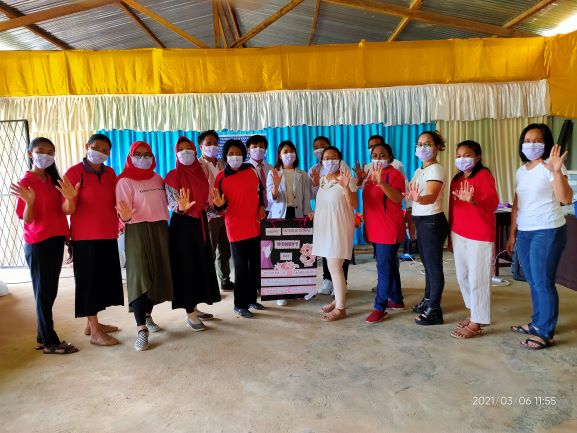 Teachers from the two learning centres and staff from Global Shepherds 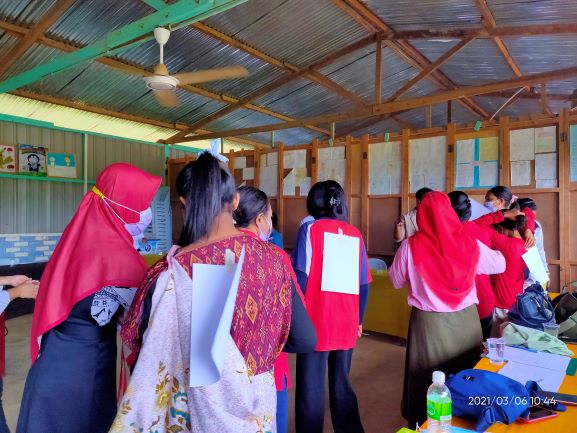 Teachers busy writing their words of appreciation to their colleagues 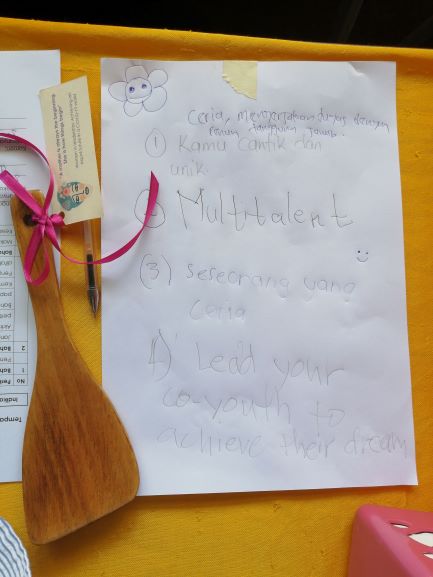 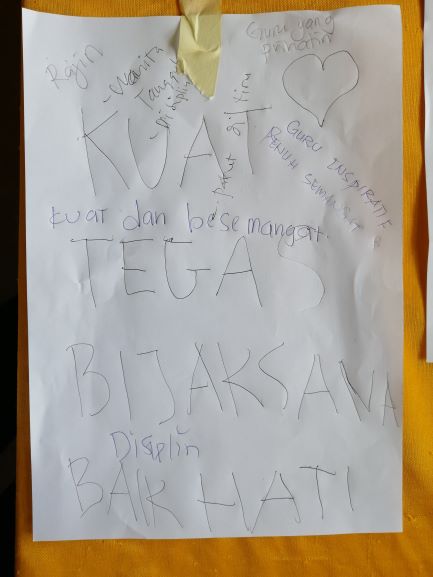 Some examples of words of appreciation written by the participants 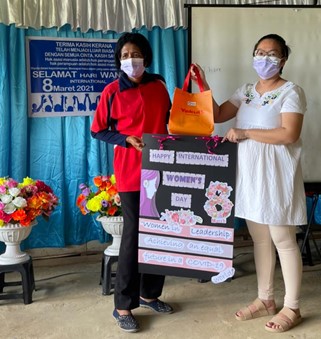 Two teachers shared how they started the learning centres which was inspirational for all to hear.

One of the teachers, Bibiana Pulo said “saya ketuk setiap pintu dan bertanya jika ada anak-anak mahu sekolah dan belajar” (I knocked on every door to ask the parents if they wanted their child to get an education). 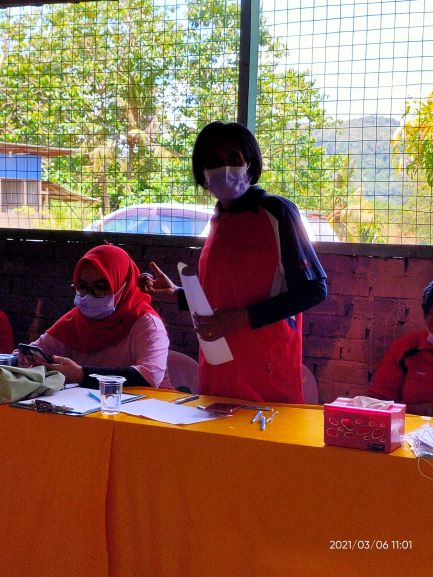 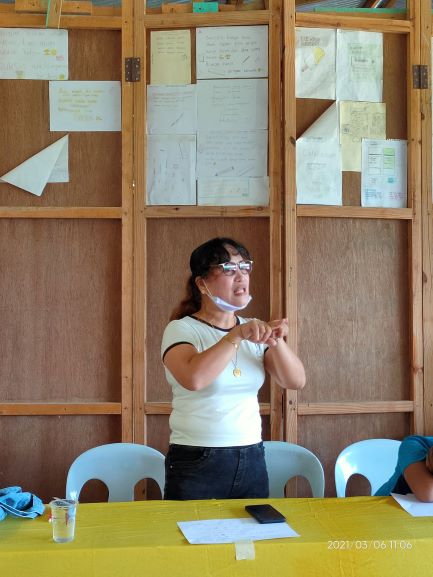 Above are the principal and founder of CLC Biah and ALC HOPE sharing their stories. 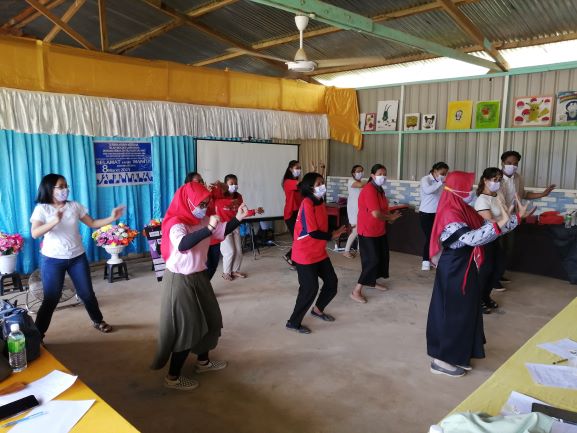 The best outcome from the day for Global Shepherds was when the principal of CLC Biah Luhur approached the staff to volunteer for the next International Women’s Day celebration 2022.

The event was organized by the Youth of Hope and was held at ALC HOPE. There were 28 attendees from the communities comprising 15 women, 11 children and 2 men. In conjunction with the theme, there were several messages for the women present with a speech from the men, poem read by the children and a game expressing gratitude for the participants. Each woman were presented with a souvenir in appreciation for their leadership as teachers, mothers, community members and for being each others’ support system. 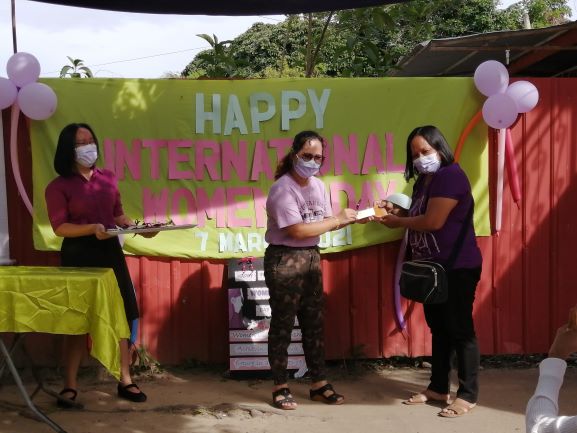 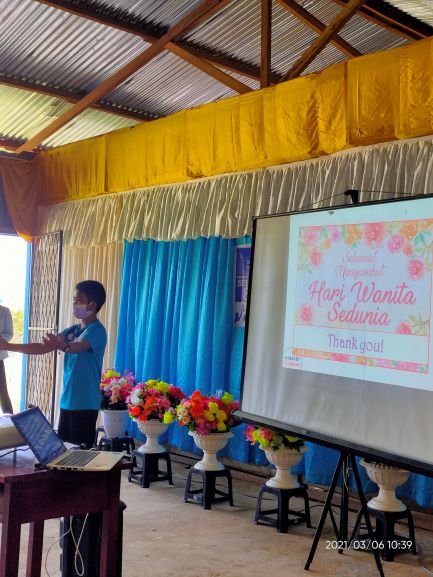 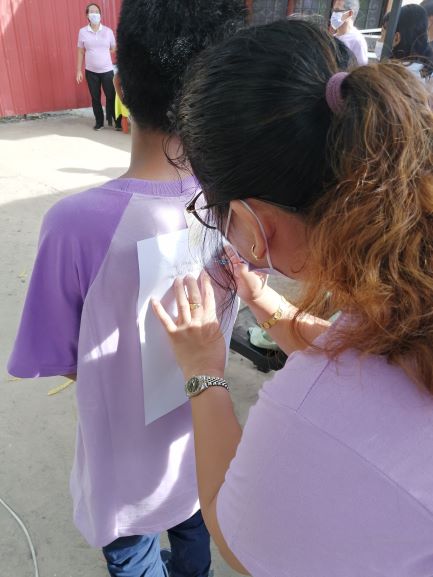 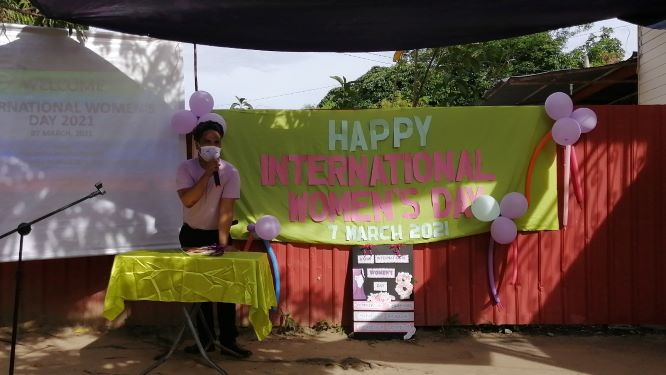 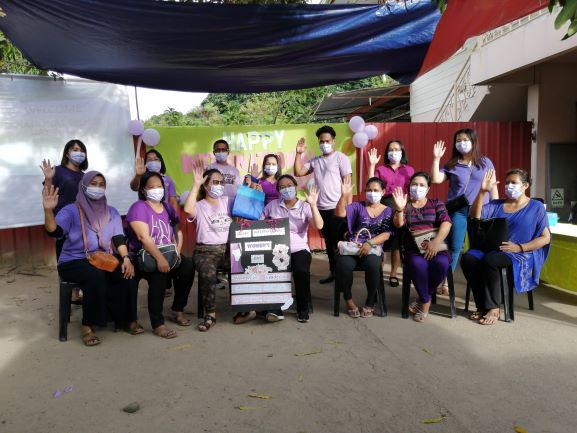 This article was produced with the financial support of the European Union under the “Protecting Children affected by migration in Southeast, South and Central Asia” project. Its contents are the sole responsibility of Global Shepherds Berhad and do not necessarily reflect the views of UNICEF or the European Union.