The Hidden Price of a Pandemic

When a pandemic occurs, other than the obvious care for the people affected by the virus, we are constantly reminded of the cost to businesses, to the economy and to the coffers of the country. In Malaysia, a Movement Control Order (MCO) was implemented to stem the Covid19 and all offices and businesses were closed. Some business have ceased operations altogether.

all pay the price, some have lost jobs and others have taken pay cuts. But the most affected have been those who are daily wage earners who work in construction sites, restaurants, plantations, farms and informal sectors. In most countries, the people most impacted have been the migrants and asylum seekers. When a crisis happens, the communities and the country goes into a tribal mentality that brings out the very basic human need to survive. Its negative effect is xenophobia.

Many of the people that our organisation serves have been impacted, not just by access to basic necessities but also a fear of leaving their homes due to the risk of being apprehended by the authorities, the enforcement officers. The 1 May Labour Day detention of migrants and asylum seekers in Malaysia further exacerbated this feeling of fear.

With funding from generous donors, Global Shepherds (a company set up the Good Shepherd Sisters in Malaysia), undertook the mission of distributing care packs to these vulnerable communities. The packs consisted of basic food essentials such as rice, sugar, oats, flour, canned food, eggs, as well as milk and sanitary pads.

The initial funding was raised by our lay mission partners in the early phase of MCO, a whopping RM26,000-, in a very short period of time!

The first fund-raising was in part used to distribute food aid to 120 families in Somali and Kachin refugee communities in Kuala Lumpur, as well as to under-served Malaysian families living in urban poverty.

Some of the funds were used for the migrants in Keningau, Sabah. Our team extended food aid to a total of 60 migrant families whose children attend the Learning Centres for migrant children. 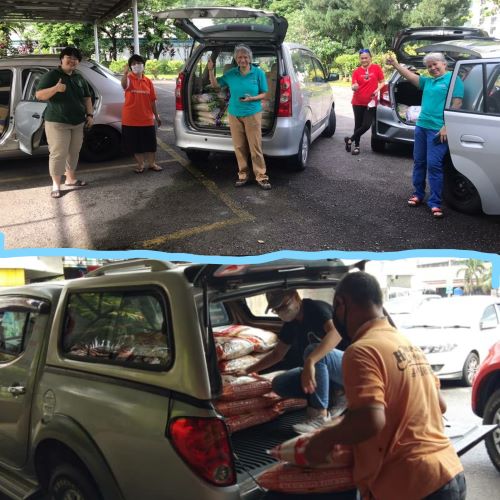 Distribution teams in KL (above) and Kota Kinabalu (below)

Subsequently, the MCO was extended and there remained an urgent need to continue the aid distributions. The Global Shepherds in Keningau and Kota Kinabalu (KK) reached out to more Learning Centres where most of the children were from disadvantaged rural migrant families working in farms, factories and construction sites.

Phase 2 saw the collaboration of Global Shepherd with Good Shepherd Services (GSS), another company set up by the GS Sisters. Aided by funding from World Vision, both the organizations worked to distribute food aid to 165 families of two more Learning Centres.

At the same time, the team in KL, extended another round of food aid to 50 families in a Somali refugee community, and also identified a group of migrant construction workers who were in need. 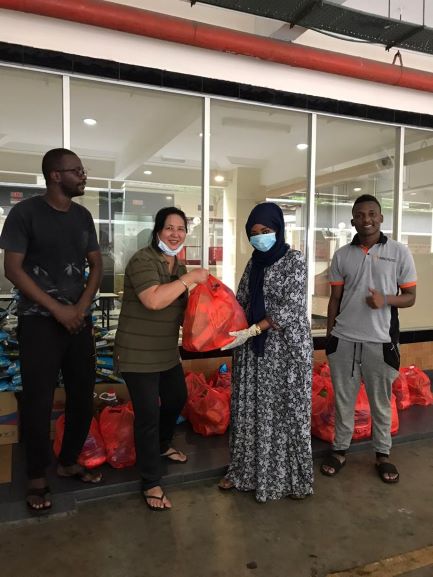 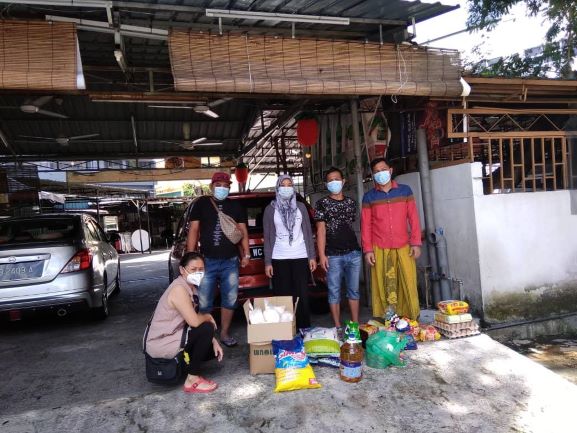 The Sabah team managed to raise RM16,000 for food aid in both Keningau and KK. The funds were raised in collaboration with ANAK, a Sabahan NGO founded by a former GS staff.

In Kota Kinabalu, many requests came from urban poor families. They are typically single income families, the breadwinner working as daily workers at construction sites or in restaurants and retail shops. They are multi-generational families living together. There are also single mothers, struggling to provide for family without support. Hygiene conditions are not perfect, many have health issues, a family member who is bedridden and unable to work, children with special needs.  In this phase a further 386 families were assisted, with funds received from both KL and Sabah. 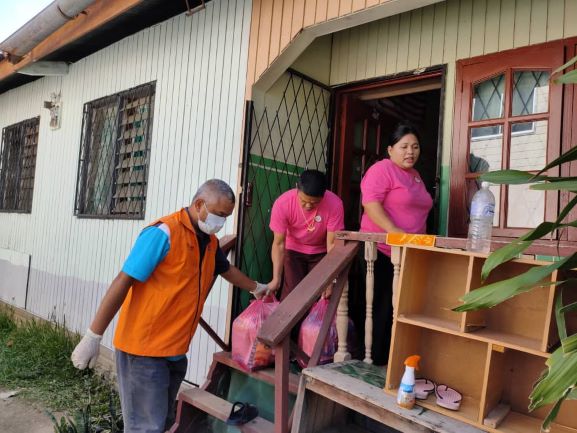 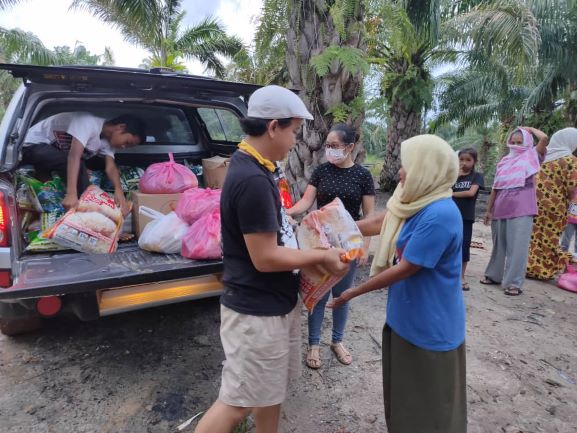 A further extension of the MCO was announced by the government.

to the vast numbers of migrant communities scattered around the districts of Keningau and Putatan, and their increasing needs for aid, the Good Shepherd Sisters initiated an emergency appeal for more funds. This appeal was extended to friends of Good Shepherd Mission in both Malaysia and Singapore. The response was overwhelming, the sisters raised RM100,000-. What a blessing for the Mission.

In addition to food packages, the aim of this fund-raiser is to include provision of personal hygiene aid in the form of sanitary pads for the women.

This phase is on-going with 1,100 more families to receive food aid. This phase will cover more Learning Centres and re-visit 200 Somali refugees who despite the lack, are fasting in the month of Ramadan.

Besides food aid, Global Shepherds also donated trays of eggs to Sr. Fatimah, who cooks hot meals daily for the urban poor in KL. Also in KL, 30 cartons of sanitary pads, donated and shared by another NGO, were sent to refugee communities.

This project fed more than 3,000 children amongst all the migrant families visited. With their only source of income obliterated by the MCO, families are really left with very little. Uncertainty lies ahead, some may have permanently lost their jobs. The same predicament is faced by the refugee and asylum seekers as well as many Malaysians in the lower income bracket.

The social and economic cost of the pandemic will be high and the highest price paid by the vulnerable in our midst. 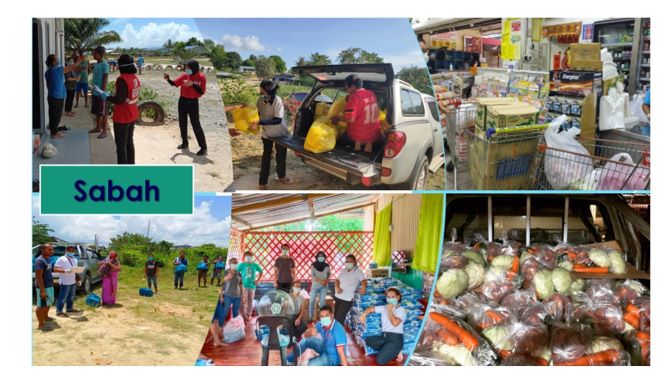 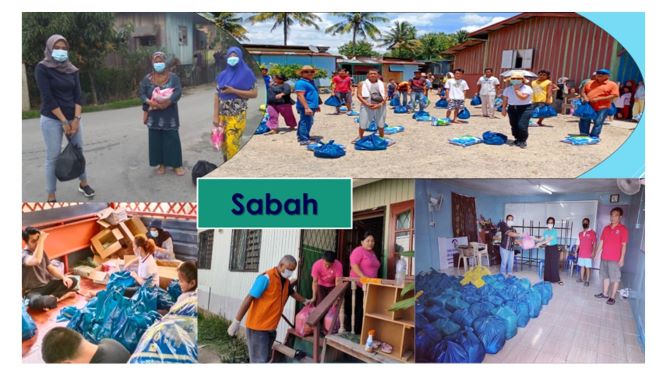