Committee on migrants to push for protection of undocumented workers, refugees 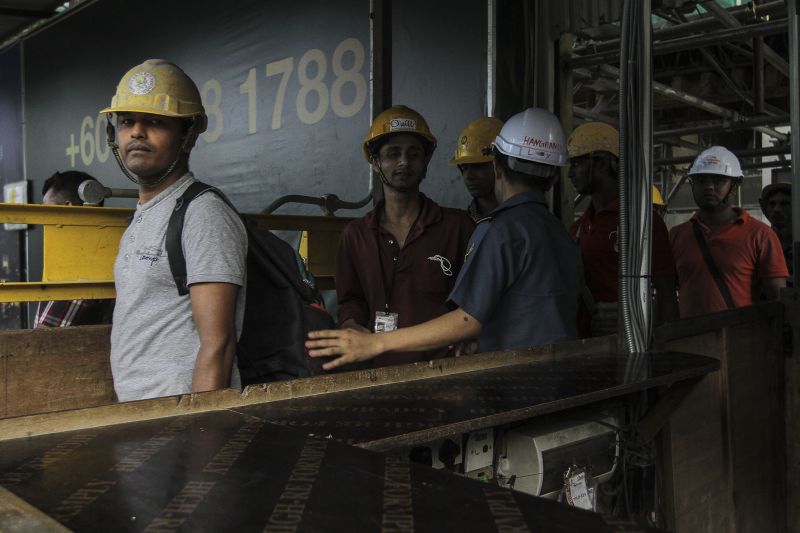 KUALA LUMPUR, Dec 10 — The independent committee on migrant workers set up by the Cabinet is pushing for the recognition of the rights of illegals employed here.

A highly-placed source told Malay Mail that the committee saw the need to widen the protection provided under labour laws to undocumented workers, who until today have no legal recourse against unscrupulous employers.

“We will recommend that their human rights be protected whatever their legal status,” the source said.

“The report and recommendations will be very comprehensive and will cover documented and undocumented migrant workers.”

The joint committee, comprising former top civil servants, activists and lawyers, was formed to oversee and formulate policy recommendations for the management of migrant workers, a key election pledge by the Pakatan Harapan (PH) government that followed strong public demand for a curb on foreign labour import.

PH leaders said limiting the employment of foreign workers could give locals more jobs and push salaries up though some economists have expressed their doubts.

Plantation and construction companies who rely heavily on a migrant workforce claim that hiring Malaysians is difficult because they feel the jobs are too physically demanding or unsafe.

Migrant worker advocacy groups said since Putrajaya will continue to allow some sectors to import workers, there is a need for a clear and comprehensive policy to ensure their rights are preserved and achievable through a more transparent employment process.

“They need to rethink the whole migration approach to have a fixed policy so that migrant worker import is not turned into a business,” said Irene Xavier, activist with Sahabat Wanita, a non-governmental organisation that assists migrant and undocumented workers.

“When it’s made into a business, that’s where the abuses happen.”

Sahabat Wanita was among several NGOs involved in dialogues with the committee in townhall sessions organised to gather views over the past few months.

During the meeting, Xavier said they proposed for a streamlining of the recruitment process to eliminate or limit the number of hiring agents and improve the overall living conditions of both documented and undocumented workers, including providing proper housing.

“One of the ways is to have the law recognise undocumented workers. Only then can they enjoy protection and not get scared of seeking help,” she said.

Similarly, refugees in Malaysia suffer the same fate as undocumented workers. Putrajaya’s refusal to recognise them meant refugees were forced to work illegally, subjecting them to exploitation and abuses and often without any avenue to seek help.

Xavier said the only way to end this is to grant refugees the right to employment, something previous administrations had been unwilling to do.

“If not, they have to continue working illegally and pay bribes just so they won’t get exploited,” she said.

The committee on migrant workers is looking into this issue as well.

“Of course [we will be recommending the] right of foreign spouses to work as well as refugees,” the same committee source said, adding that the panel will make “comprehensive” proposals to tighten the noose on migrant or refugee exploitation.

The committee is expected to table its report in the first quarter of next year, in time for Putrajaya to adopt the panel’s recommendations in the planned amendments for existing labour laws in March.

In October, Human Resource Minister M. Kulasegaran said the government could allow refugees to work in the plantation industry, but said the number would be limited to just 5,000. It is unclear if there is a plan to open up employment to the rest.

The United Nations High Commissioner for Refugees in Malaysia estimated that there are more than 160,000 refugees or asylum-seekers in the country.