In early 2019 a network of eight NGOs formed a coalition known as JHAMS (Joining Hands Against Modern Slavery) to bring together a collective and stronger voice to push for systemic changes in addressing modern day slavery in Malaysia.

The theme for the conference was “End Human Trafficking; It Starts With Us”.

The conference was partly sponsored by funding from the EU-UNICEF, C&A Foundation and MAPO

Objectives of the Conference

To present and exchange views on progress, issues and challenges in the elimination of trafficking in persons in Malaysia;

To raise awareness on issues relate to trafficking in persons, and to explore ways to enhance collaboration and partnership between different stakeholders to address it at scale; and

To provide an opportunity to discourse and relate current national anti-trafficking initiatives and policy inputs with the emerging issues and initiatives at regional and international spheres;

The conference attracted two government ministers, Minister of Home Affairs and Minister of Human Reources, and ambassadors from the EU, USA and Australia. There were more than 350 participants from the corporate sector, non government organisations and international organisations. The government sent 120 officials mostly from the enforcement agencies who have a large role to play in stemming trafficking in persons.

On the first day of the conference, the first session was a “Talk Show” that dealt with gender issues. This was led by ILO on the theme – Inter-relationship of Trafficking, Forced Labour, and Violence Against Women.

This was followed by a Plenary session that looked into “Forced Labour” and how the corporate sector had a role to play in being responsible businesses by implementing good practices and ethical hiring. Speakers were selected from four industries that were part of the supply chain, namely Transportation, Manufacturing, Plantations and the Hotel industry.

The session was moderated by a JHAMS consultant, Dr. Andika Ab. Wahab. Dr Andika is a Fellow at the Institute of Malaysian and International Studies (IKMAS), University Kebangsaan Malaysia.

Following on the plenary were four breakout sessions that were run concurrently. Some of the participants found difficulty in making a choice as they were all interesting. The following were the four sessions.

The second day was equally interesting with another four breakout sessions that were organized by the JHAMS members.

The final session was another plenary session - “Malaysia’s Response to Trafficking-in-Persons: Where Are We Heading?” that was moderated by Mr Edmund Bon, a lawyer and Human Rights Advocate. The speakers for this session were senior officials from the Ministry of Home Affairs, the Attorney General Chambers, Immigration, Police, Human Rights Commissioner of Malaysia and a JHAMS representative.

Arising from all the sessions, our rapporteurs recorded more than 200 recommendations and from these key recommendations were identified and presented to the government.

All the recommendations are being collated for the next Trafficking in Persons National Action Plan and a policy paper by the JHAMS network. 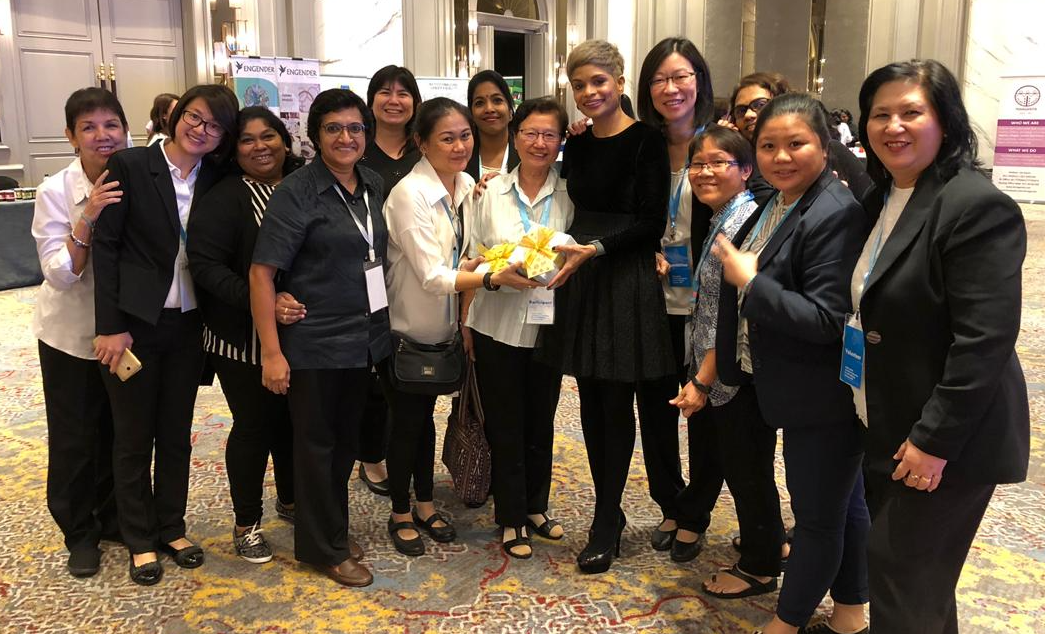