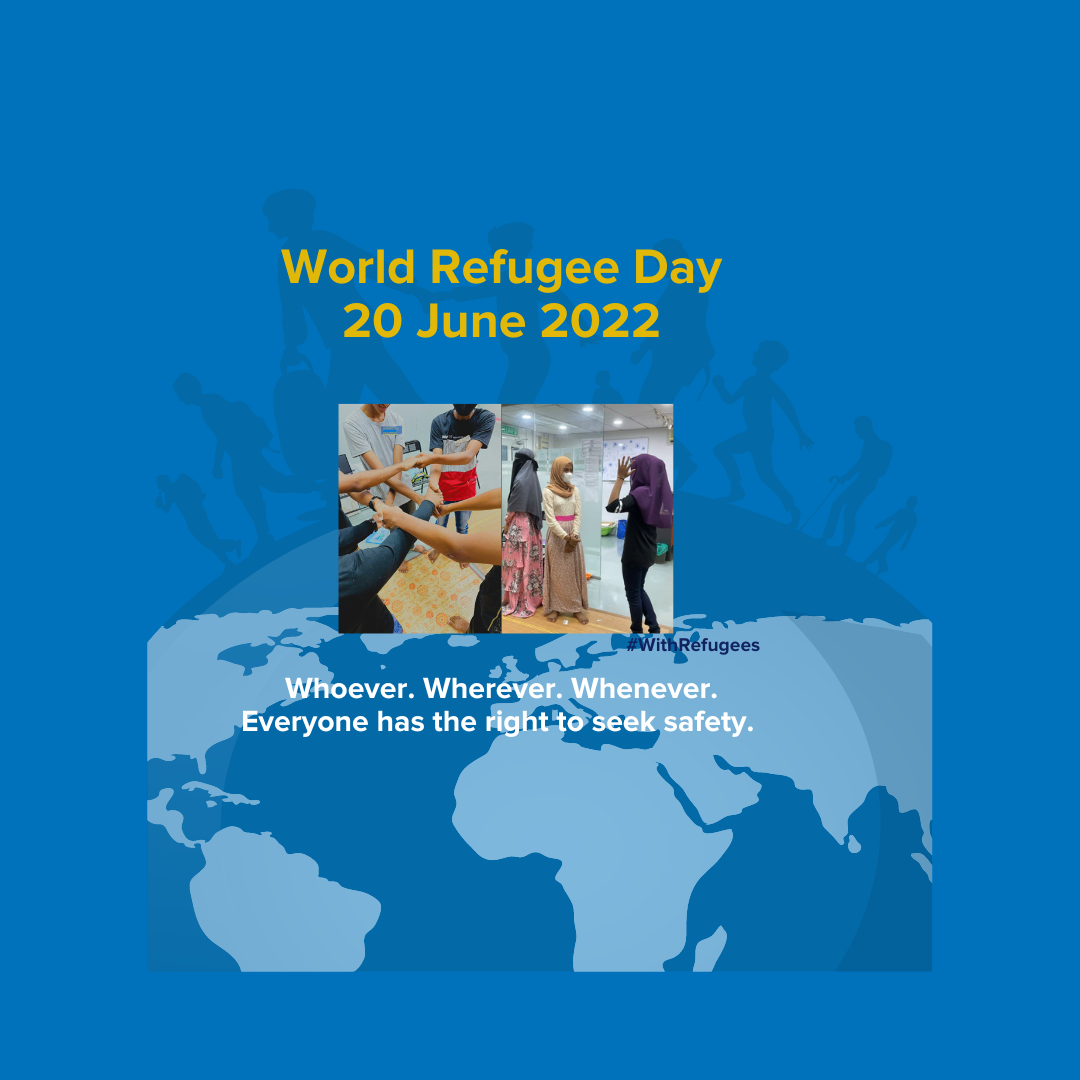 The Covid-19 pandemic. Uprising in Myanmar. Russia’s invasion of Ukraine. Economic crises. Natural disasters. The last two years has seen a dramatic increase in people fleeing from catastrophic conditions in their country, making perilous journeys seeking refuge  - a safe place where they can rebuild their lives and make a future for themselves.

They do not choose to be refugees. Desperate conditions – fear of persecution, war, human-caused or natural disasters have forced them to flee; oftentimes leaving with just the clothes on their backs.

In May 2022, the number of refugees worldwide reached a level never seen before. A staggering 100 million forcibly displaced people were reported. This is equivalent to 1% of the global population.

World Refugee Day is a day to honour refugees worldwide. We celebrate the strength and courage of the people forced to flee their home country to escape war, persecution, violence; facing violations of their human rights. On this day, we seek empathy and understanding for their plight. We celebrate their resilience as they seek to build a brighter future for themselves

Seeking safety is a human right

This year’s World Refugee Day theme is the right to seek safety, which includes safe borders, not forcing anyone back if they are likely to face discriminatory, inhumane treatment,  or persecution.

We recognize that everyone, Whoever they are, Wherever they come from, Whenever they are forced to flee, has a right to seek safety.

What does seeking safety mean ? 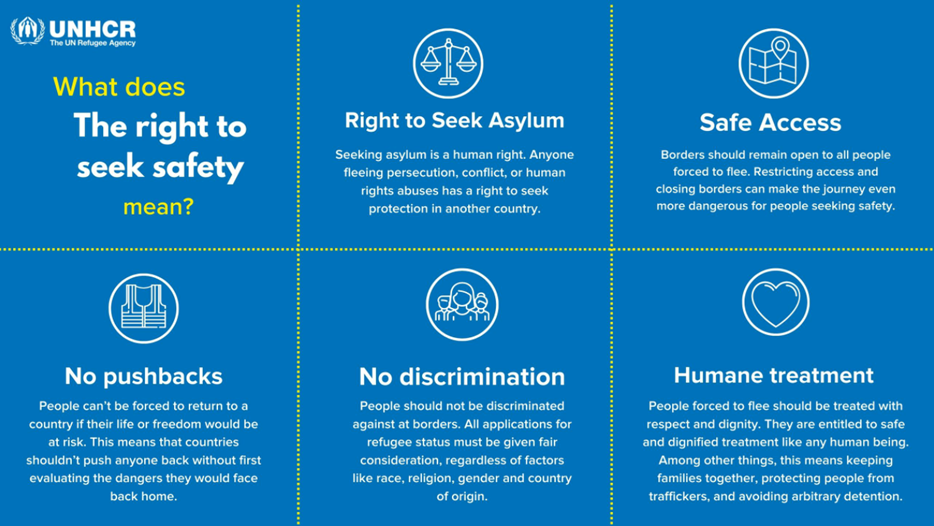 Whoever they are, people forced to flee should be treated with dignity regardless of who they are, their beliefs, race, religion or political alliance.

Wherever they come from, people forced to flee should be welcomed.

Whenever they are forced to flee, they have a right to be protected.

They have a right to seek safety and protection; to live a life of dignity and free of violence and discrimination, even when they have lost everything else.

“To be called a refugee is the opposite of an insult; it is a badge of strength, courage, and victory.”
– Tennessee Office for Refugees