International Day of the Girl Child in Malaysia

Good Shepherd Asia Pacific, for the first time ever, came together as a region to celebrate the International Day of the Girl Child.

The campaign kicked off with a Panel Speakers' Event featuring girl activists and advocates of girl child rights, launch of the theme song composed by students of the Good Shepherd Schools in Sri Lanka and announcement of winners of the logo competition held earlier.

The campaign is on-going until 10th December, World Human Rights Day, with each country unit getting their chance to raise awareness and promote girls' rights and empower the girl children whilst highlighting the challenges faced by girls all over the world.

The Malaysia-Singapore province just concluded our week of awareness and empowerment. A variety of activities across several locations in Malaysia were held to create awareness and understanding of the rights of a girl child, and the girl children had a chance to share the voices and opinions.

The activities for both children and their mothers included :

We asked the children to draw and decorate what they want to be in the future, which enabled them to share their hopes and dreams.

The children’s program concluded with a song: Girl on Fire by Alicia Keys 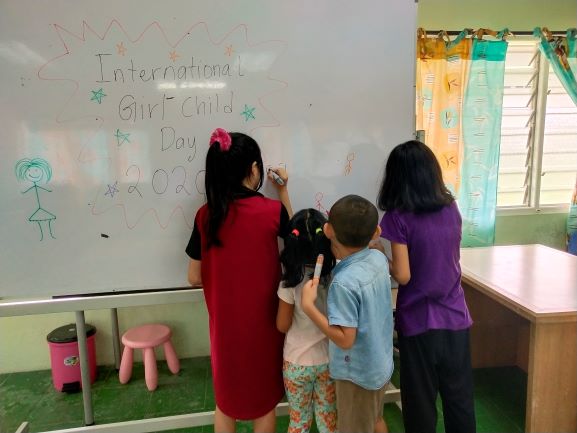 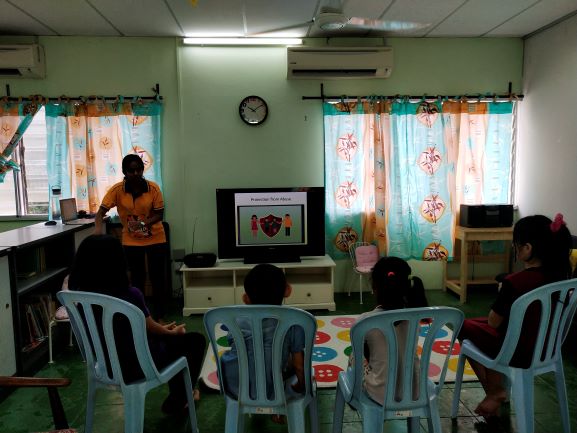 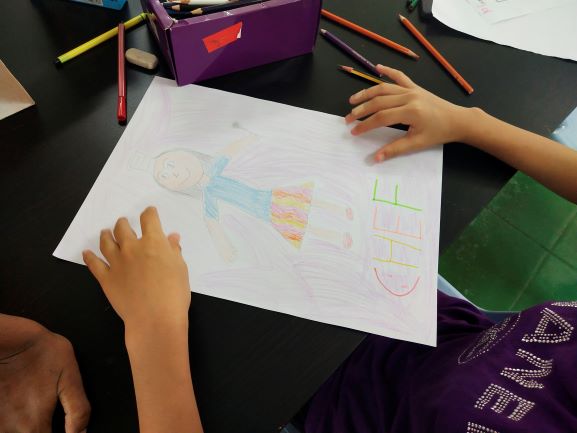 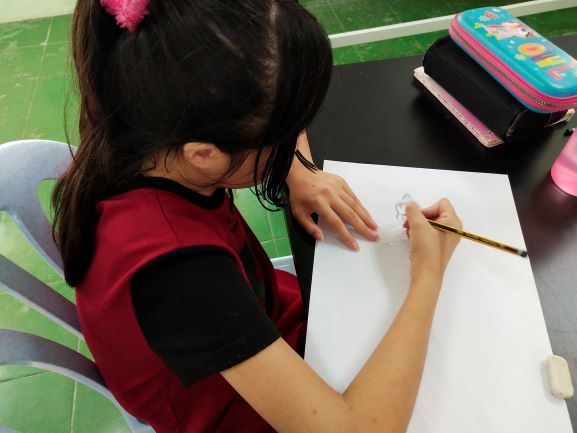 The adults, meanwhile, were asked to write, draw, and stick pictures related to their stories of how their rights were taken away when they were little girls.

A presentation of their work of art and sharing session followed of what they want for theirs and other girl children. The pictures in the slides helped them to understand issues faced by girl children and to understand girl child’s rights. Knowing some would have language difficulties, our slide presentation was translated into two languages, which helped a lot. 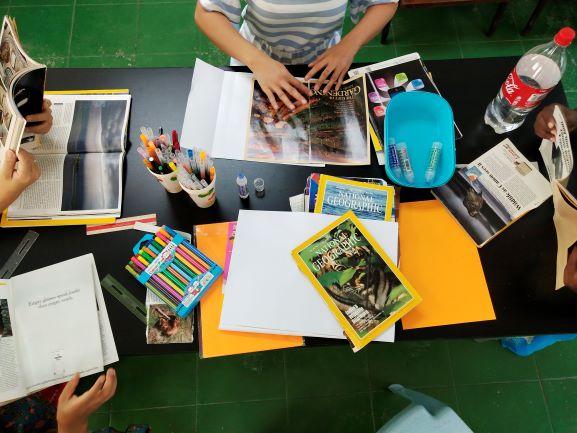 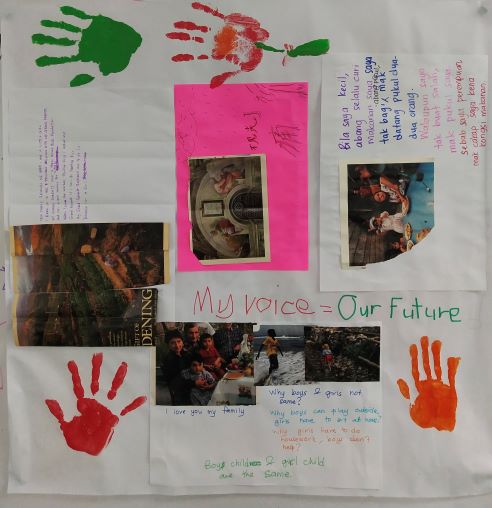 Similar activities were held at the government shelters, although we had to have one virtual session due to the Movement Control Order in place.

At all the sessions, the women learnt of their rights and the rights of girl children, and the sharing sessions were passionate and lively as the women opened up to share their own experiences of how their rights were taken away when they were young. 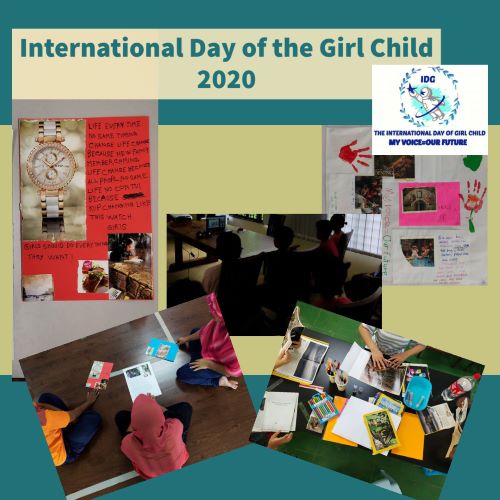 Meanwhile in Sabah, Good Shepherd Services actively shared the voices of the girl children. Comprising residents of the community hostel Asrama Komuniti Tulid and Good Shepherd Services Community Service Centre, they expressed their opinions, hopes, dreams and fears through dance, choral speaking, and their artwork amongst others. 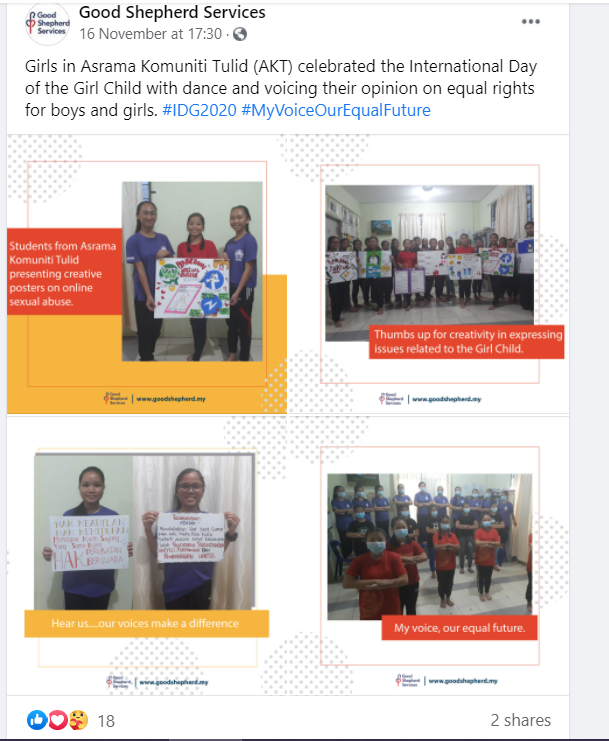 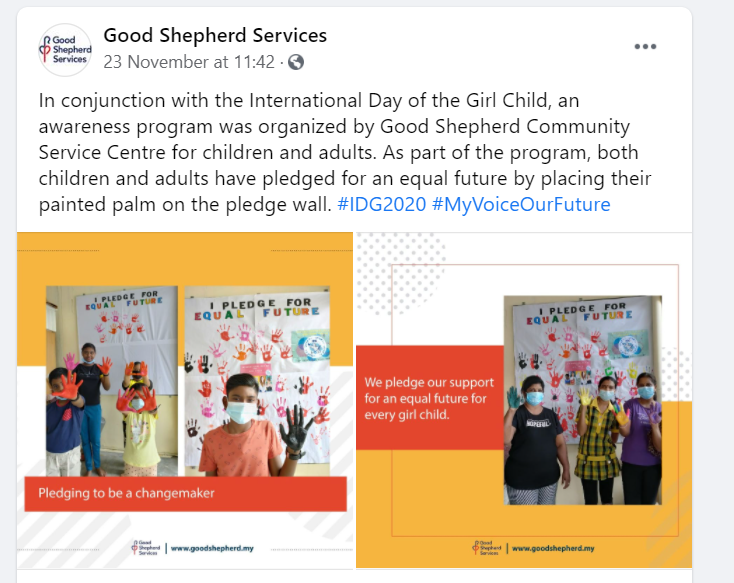 Reaching out through social media proved a worthwhile effort, as the children are comfortable with accessing as well as using social media as a tool for their voices. They all seemed to be natural you-tubers!

Links to their videos as below :

Link to the video of the children from Good Shepherd Community Service Centre performing choral speaking titled “My Voice, Our Equal Future”

Here is a video collating the voices from six girls on their opinion on what does being a girl mean to them.

Our masterpiece was a collaboration video featuring the girls and boys, beneficiaries of the various programs of Good Shepherd Services and Global Shepherds.

Over in Keningau, Sabah, our Migrant Development Program team reached out to the migrant community there and introduced to them the International Day of the Girl Child and to create awareness.

Several activities were held, albeit earlier in September, which turned out to be a good move as the Movement Control Order was imposed in early October which restricted travel and banned group gatherings.

Awareness was imparted via videos and slide shows; other activities include role-playing “Stop Violence against Girl Child”, group discussions and sharing sessions, expressing their opinions via written messages and/or drawings.

The children also had much fun creating videos for the Good Shepherd regional IDG campaign.

Although this is the first time they are learning about IDG, we are confident the interest has been generated, awareness has been created, and the fire to voice out for the rights of girl children has been ignited within these communities.

We are especially grateful to the teachers, who helped in organising the activities and in the process learned about the rights of the girl child. 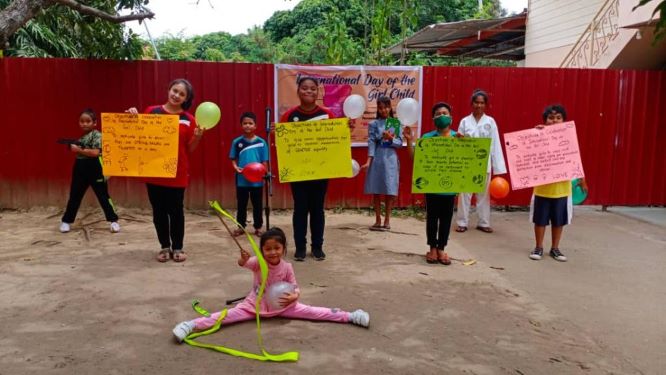 This article was written with contributions from :