What is female genital mutilation, or FGM as it is commonly known ?

It is a form of mutilation (altering or injuring) of the female genitalia for non-medical reasons. It is recognized as violating the health and integrity of girls and women. It is internationally recognized as a violation of human rights and a form of violence against women

FGM has long been practiced all over the world, primarily in the African countries, but is also common in Asia, Latin America and in the immigrant populations of Australia and New Zealand. In short, FGM is practiced in every country in the world except Antartica (source : Equality Now)

Even as it is considered a tradition as part of age-old cultural beliefs, and is more prevalent in rural communities with somewhat lower education levels, one would be shocked to know that FGM does indeed occur in developed nations. It is deeply rooted in the desire to control women’s sexuality and body autonomy, hence it is a violation of her human rights.

8 things you should know about Female Genital Mutilation
(source : https://www.equalitynow.org/8_things_you_should_know_about_fgm) 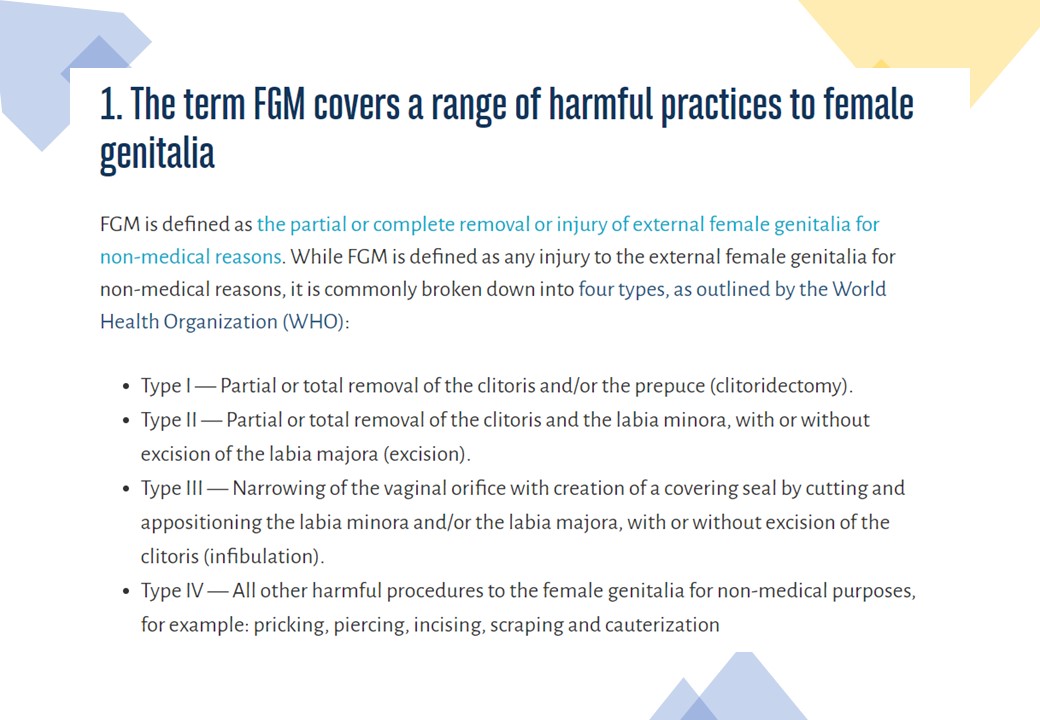 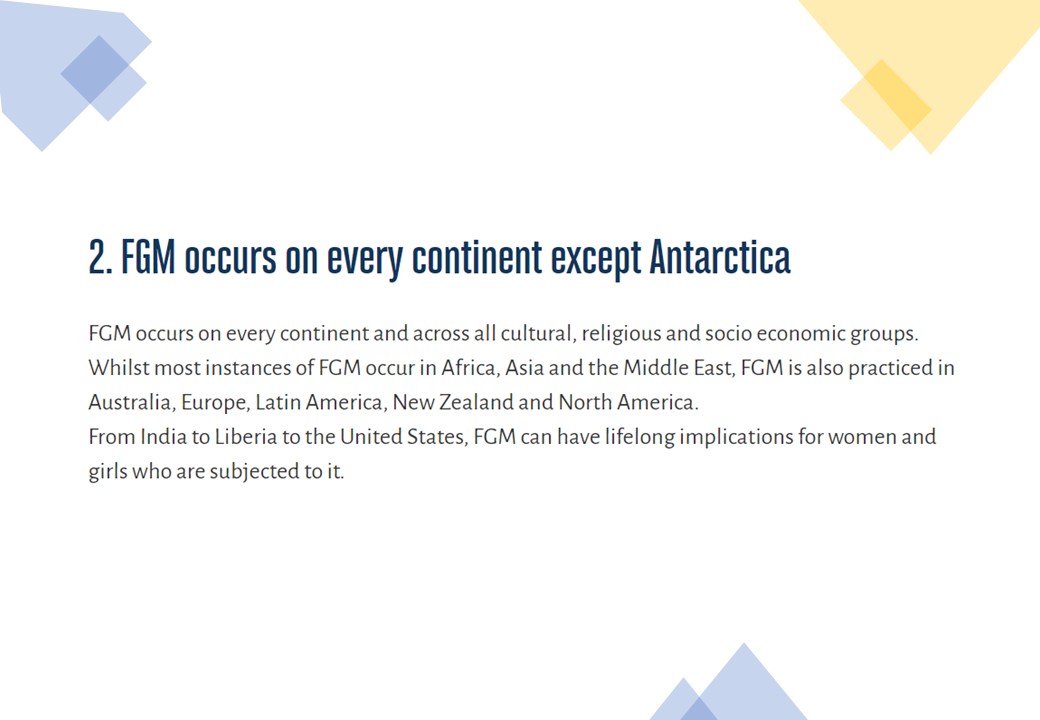 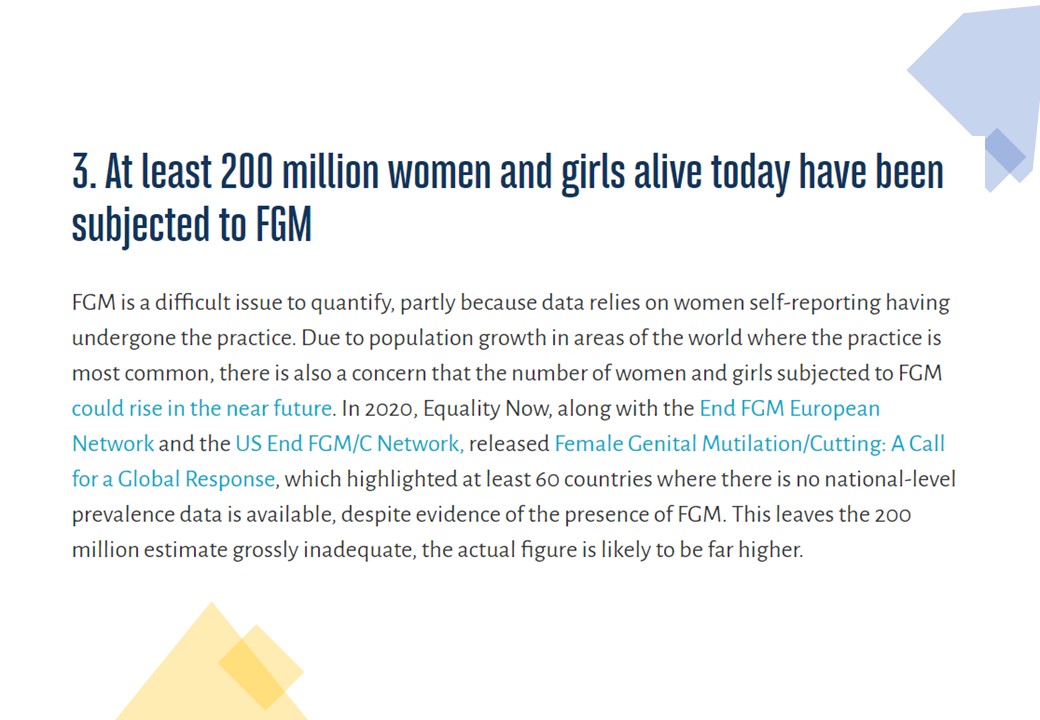 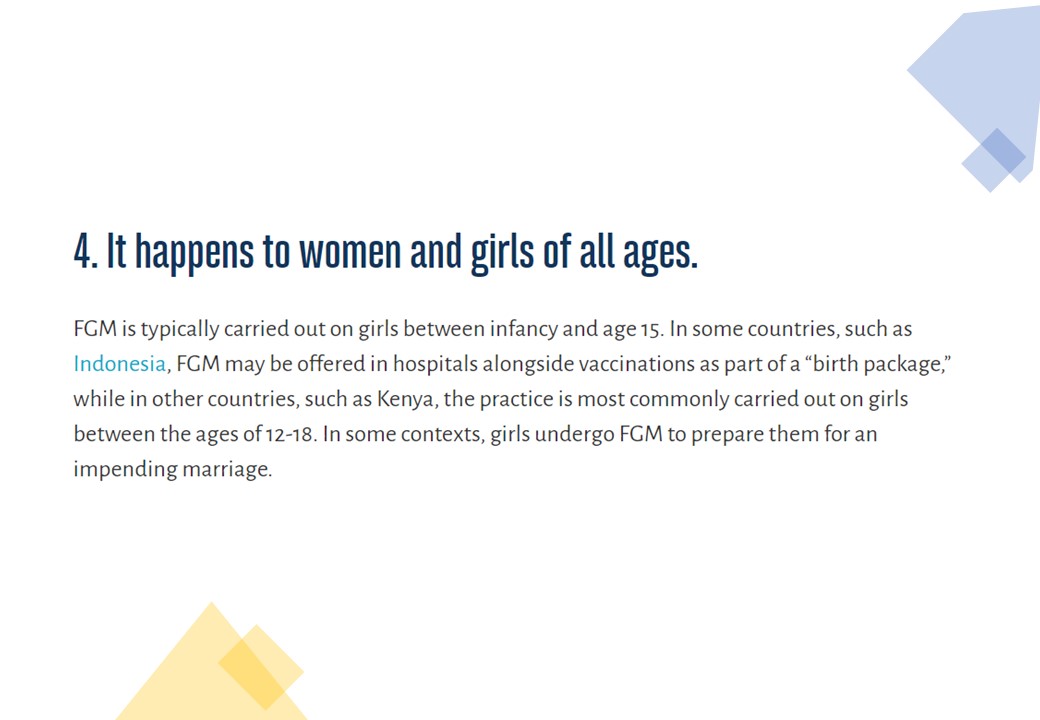 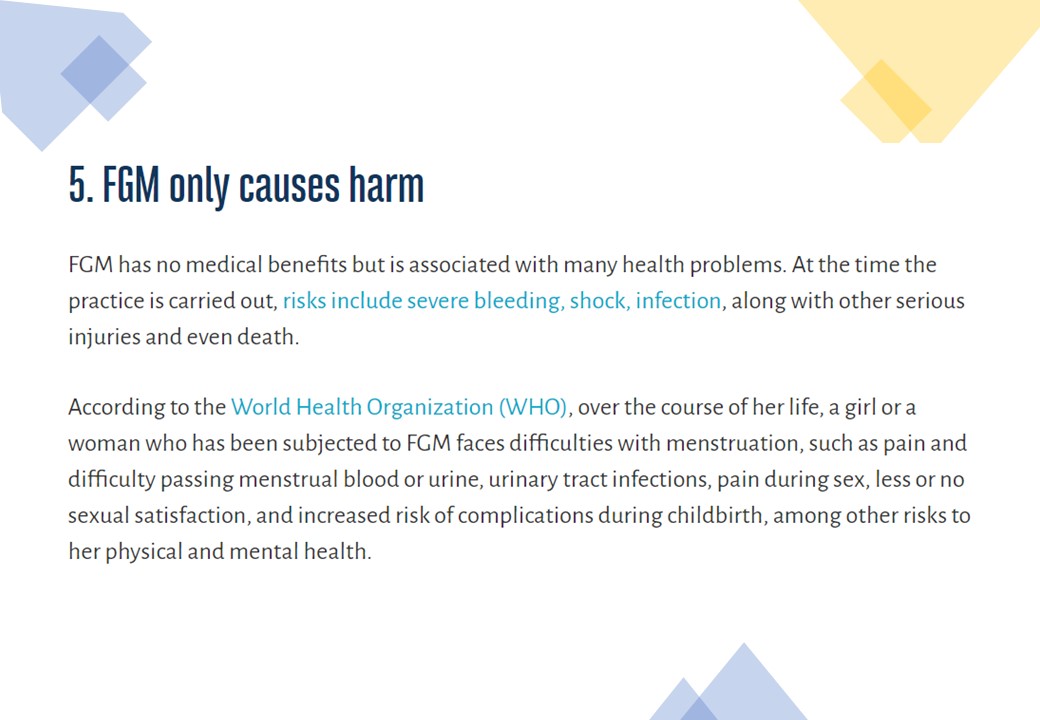 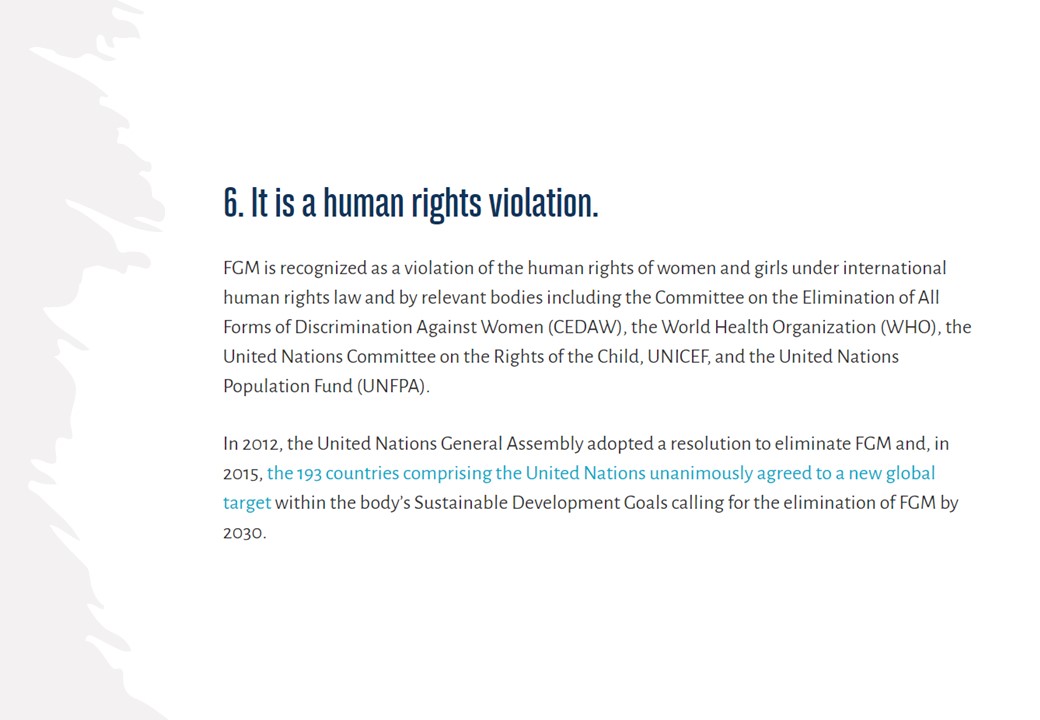 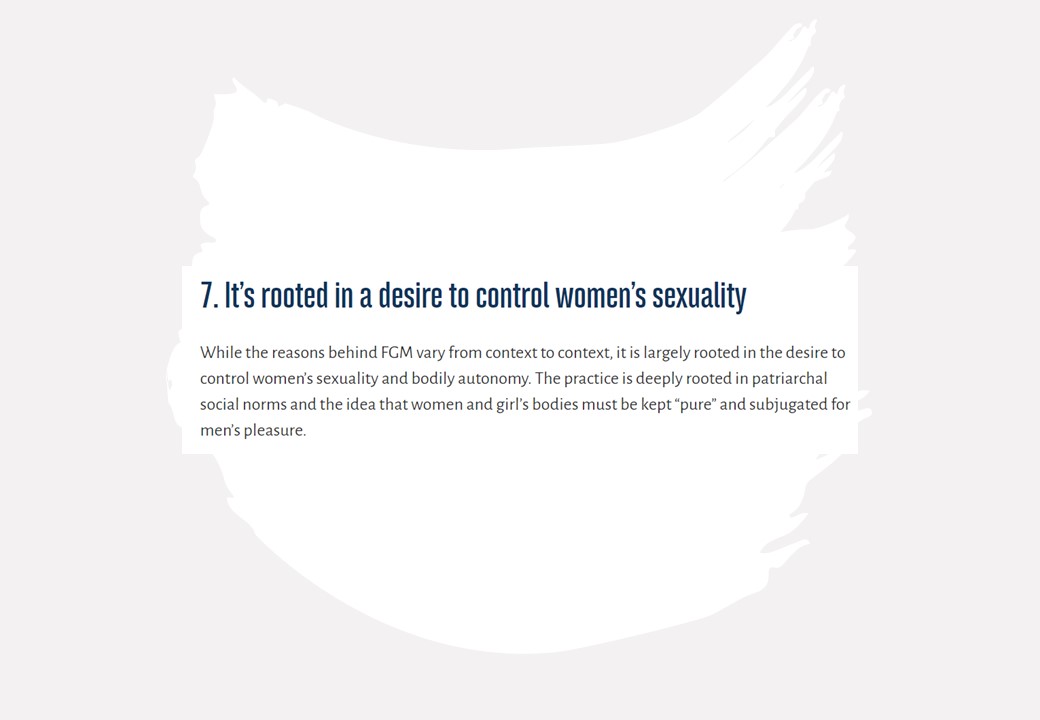 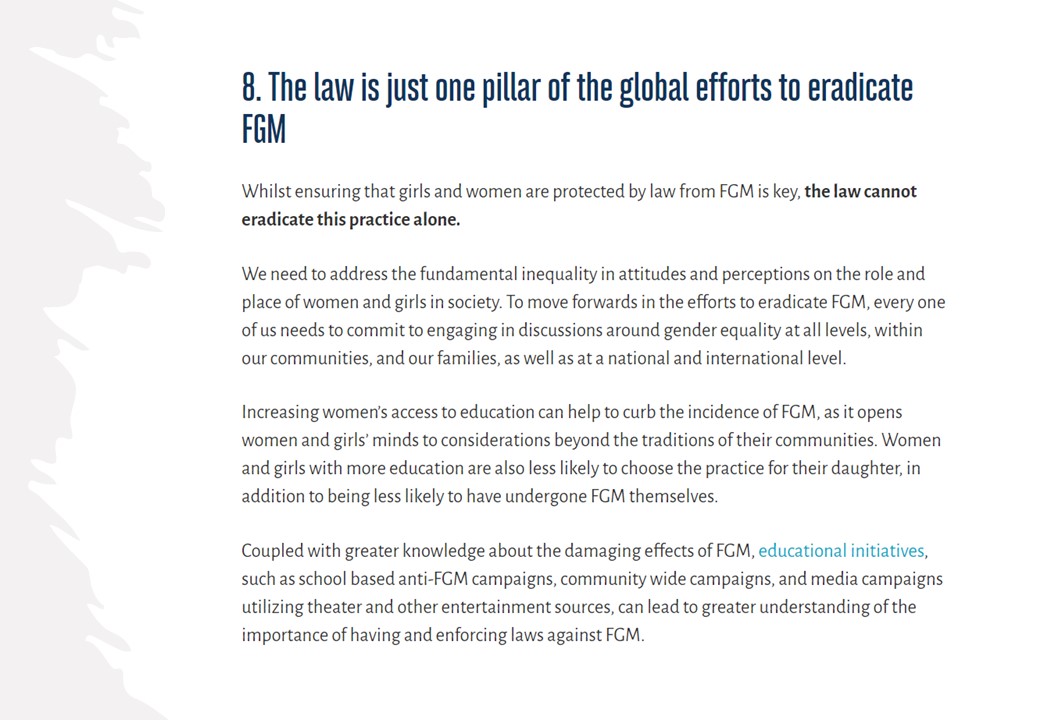 We need to address the issue and bring awareness and a deeper understanding to the damaging effects of FGM so that the stricter laws against FGM may be imposed and also stricter enforcement. To this end, a report to call for global action to end this practice has been released by Equality Now, together with End FGM European Network and US End FGM/C Network.

In summary, the key recommendations are to strengthen political commitment to end FGM/C, increase resources and research, advocate for stronger laws and policies and improve support and wellbeing of survivors.

On the home front, The Asia Network to End FGM/C is a collaboration between Orchid Project and Malaysia-based regional feminist NGO, the Asian Pacific Resource and Research Centre for Women (ARROW), with support from the Wallace Global Fund.

They aim to establish a platform of NGOs, researchers and activists across the region to enhance collaboration and take action against FGM, provide support for survivors, urge governments to report on the Sustainable Development Goal 5.3 which relates to FGM/C (Female Genital Mutilation/Cutting), engage with schools and religious scholars who can influence communities positively.

Read more about them here :
https://www.orchidproject.org/what-we-do/asia-network-to-end-fgm-c/