An Economy without Human Trafficking

Trafficking is a form of modern-day slavery. Human trafficking is a part of the world economy, albeit on the ‘dark’ side, where human beings are treated as commodities and traded – bought and sold – at the hands of the unscrupulous and the corrupt.

Cases of human trafficking has been on the rise as the Covid-19 pandemic develops and envelops the world; as fallen economies result in lost livelihoods; and more and more people desperately search for ways and means to put food on the table.

When most of the world was/is in lockdown, and some jobs are put on hold, traffickers are stealthily carrying on their ‘business’.  Taking advantage of the situation and capitalising on the lockdowns, the loss of jobs, the vulnerable, the lonely. They take full advantage of this chaos and uncertainty that has erupted, for their own personal and disgusting gain.

“2021 brings into the spotlight one of the main causes of human trafficking: the dominant economic model of our time, whose limits and contradictions are exacerbated by the Covid-19 pandemic." (Talitha Kum)

If there is no human trafficking, then the economy is one that values and cares for the human being, and does not exploit the most vulnerable.

8th February is the International Day of Prayer and Awareness Against Human Trafficking. It is also the Feast day of St Josephine Bakhita, Patron Saint of victims of modern slavery and human trafficking, who as a 7 year old child,  was sold into slavery herself. Over the course of the next twelve years she was bought and sold three times!

A fortunate twist of fate led her to the Canossian Sisters in Venice, where she eventually took her vows and spent the rest of her life on her mission of caring for the community. 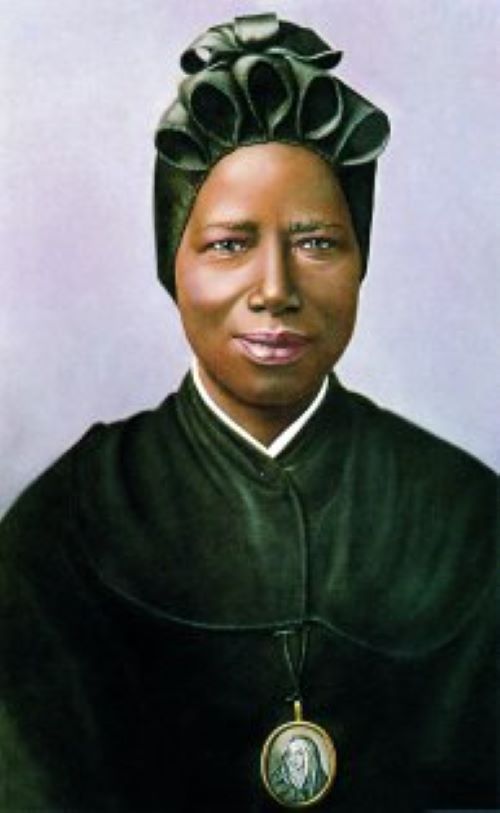 Her last days were spent in pain and sickness, no doubt brought about by the 144 physical scars she bore as a result of being kidnapped and held captive.

Let’s reflect on this day, and remember the many who are enslaved, exploited, abused and tortured in the name of profit for others.

The 2020 UNODC Global Report on Trafficking in Persons glotip_2020_15jan.pdf is the fifth of its kind mandated by the General Assembly through the 2010 United Nations Global Plan of Action to Combat Trafficking in Persons. It covers 148 countries and provides an overview of patterns and flows of trafficking in persons at global, regional and national levels, based primarily on trafficking cases detected between 2016 and 2019. This report presents a global picture of the patterns and flows of trafficking (Chapter 1), alongside detailed regional analyses (Chapter 6) and country profiles.