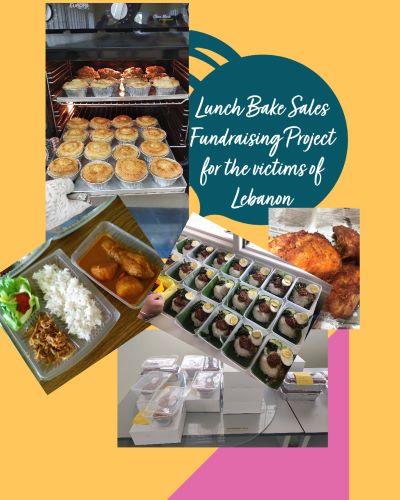 On 4 August 2020, in the midst of battling a global pandemic, the world was further shocked with the news of the explosion in Lebanon. When the call for help came from the Good Shepherd Sisters in Beirut, the Global Shepherds Women Shelter in Kuala Lumpur stepped up and embarked on a Lunch Bake Sales fund raising project.

Initiated by Mrs. Gloria Bon, Partner in Mission, with the cooking/baking team led by Ms. Harbans, Centre Manager and Ms. Jacqie, Shelter Supervisor, the project started off with the sale of chicken pies and butter cakes.

The team comprised both staff and shelter residents who were eager to contribute. The project gave the women a sense of purpose and empowerment; these women, having been through suffering themselves and despite their own personal struggles and limitations, now given the chance to help others.

According to Ms Harbans, the women were touched and overcome with emotion at the thought of being able to do something to make a difference in someone’s life.

As the women were already under tutelage for baking, as part of skills training program, they certainly put their newly acquired skills to good use. Everything from the pastry to the filling was made from scratch and with love.

In fact, they surpassed their initial target of 60 pies and made a whopping 222 chicken pies in the first week! 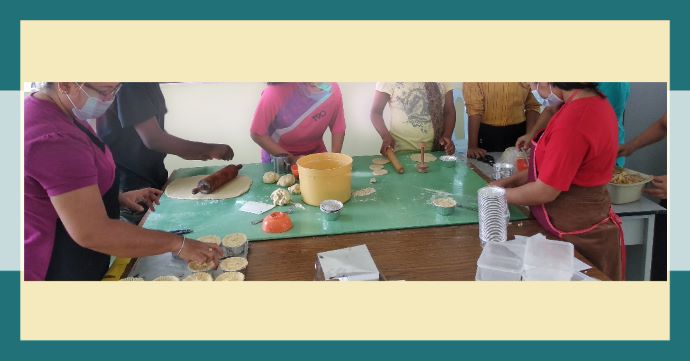 Here they are, hard at work making the pastry for the pies 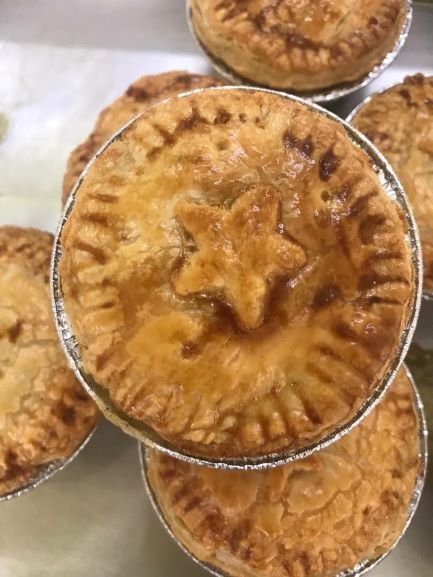 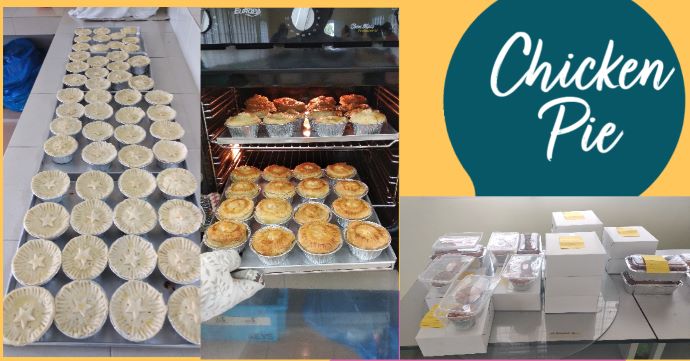 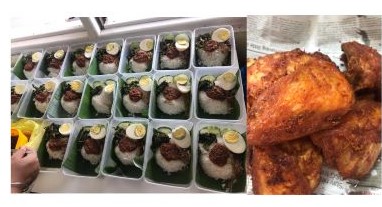 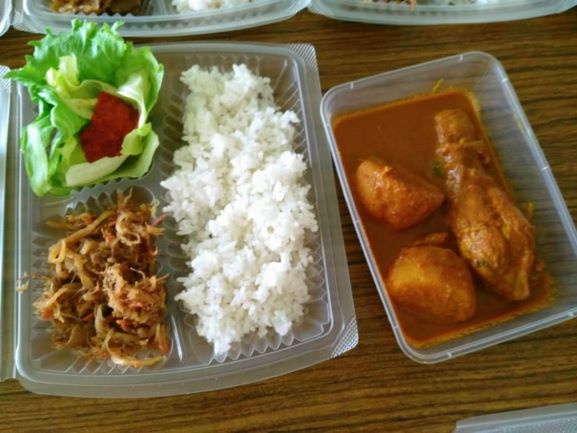 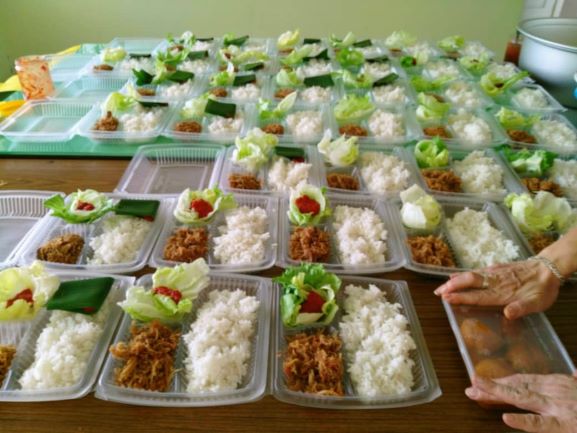 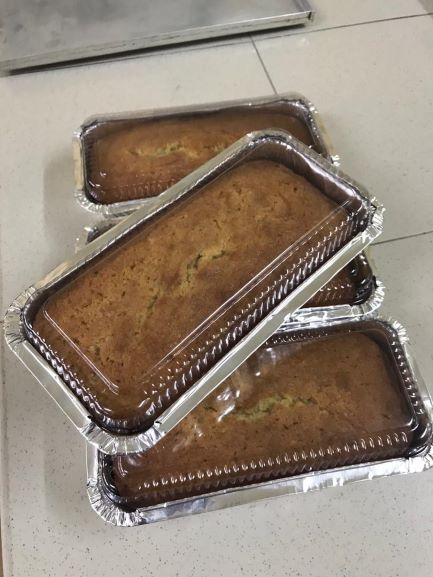 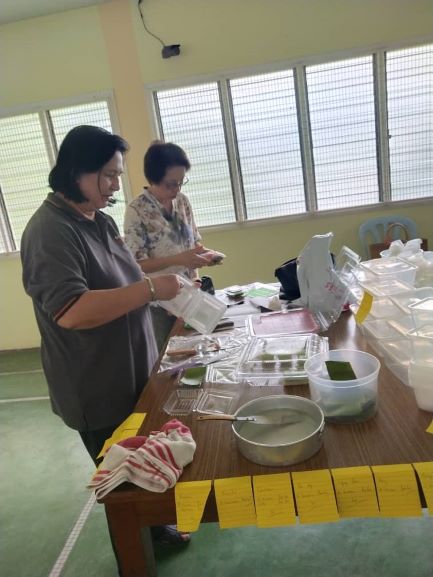 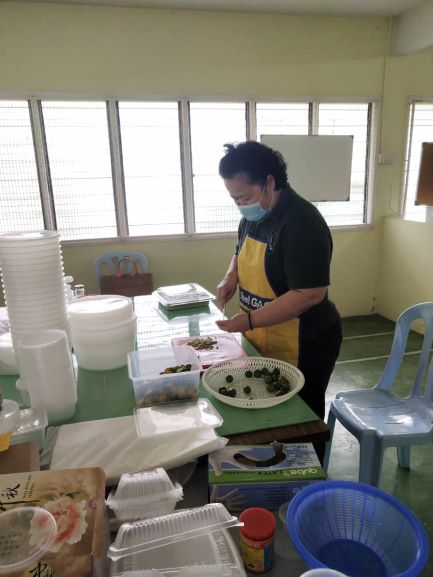 Prepping the asam laksa for delivery

Ms Harbans shared that it was hard work but fulfilling. “We are grateful for being able to share blessings during these very trying times. All the staff and women at the Women Shelter with Ms. Gloria Bon as the pillar, had a great bonding time working in unity for the common purpose of raising funds for GS Lebanon” - Harbans.

Ms. Gloria Bon said that as she went about doing the necessary, she always had a vivid picture in her mind - a picture of women and children with outstretched hands begging for food in this devastation.

This project truly embodied their motto :

“It’s not how much we give but how much love we put into giving” - Mother Theresa.

Grateful thanks to staff, the women in the Shelter, faithful supporters who donated in cash and kind, partners-in-mission who helped in one way or another 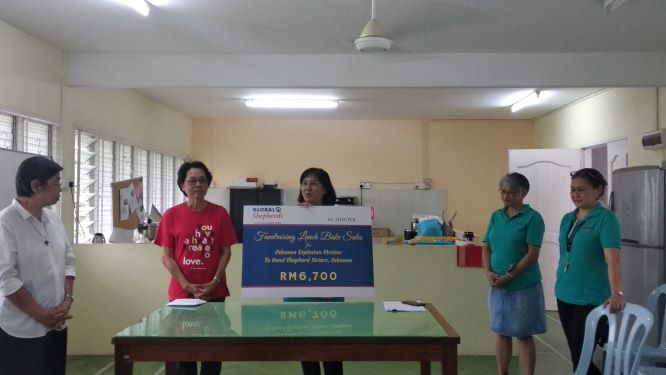 The moment when Ms. Harbans revealed how much the women had raised. If you could only have been there to hear their cries of wonderment!

A simple hand-over ceremony was held, with Sr. Theresa Heng graciously receiving on behalf of the Good Shepherd Sisters. 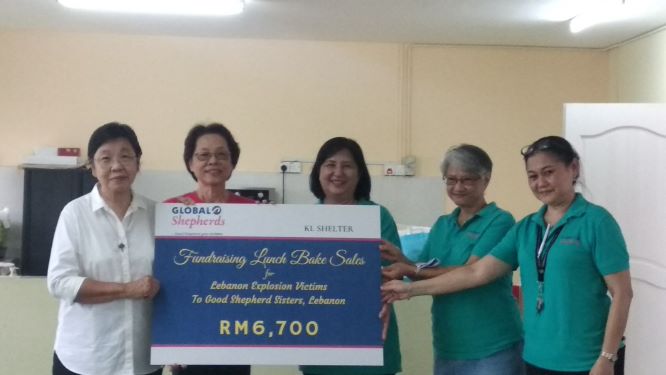 * GRATITUDE IS THE MEMORY OF THE HEART*